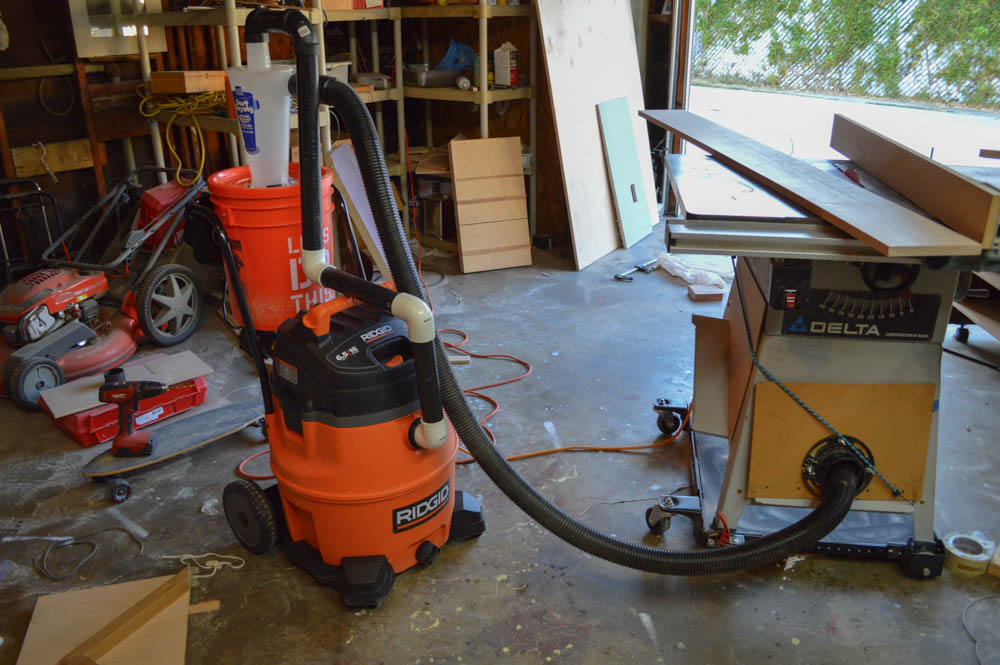 I recently bought a Delta contractor’s saw off Craigslist and it makes an extraordinary amount of dust. Now after nigh 4 years of just breathing in the little lung-magnetic particles, it was time to find a solution.

I bought a 2 HP dust collector from Harbor Freight during their 4th of July sale. It boasted about having a 5 micron filter with a rolling base and being great for small workshops. I’m not too keen on Harbor Freight tools since it is essentially Dollar Tree quality, but there were strong reviews online and a good coupon.

That whole deal ended up being much of hassle, however, after I actually installed the thing. I discovered that the filter bag was missing from the box altogether. In addition, the noise level was also exceptionally loud, like a jet plane taking off in the corner of my workshop. I didn’t want to do business with Harbor Freight’s shoddy product control, so I sought a different solution.

The largest producer of sawdust in my shop is easily the table saw. Next to that, it’s the miter saw and finally the lathe. The latter I use very scarcely, so an “at-the-source” system seemed more efficient than connecting every tool to a universal vacuum.

After researching some more online reviews, it was clear that a Rigid shop vac with a cyclone separator was what I needed. 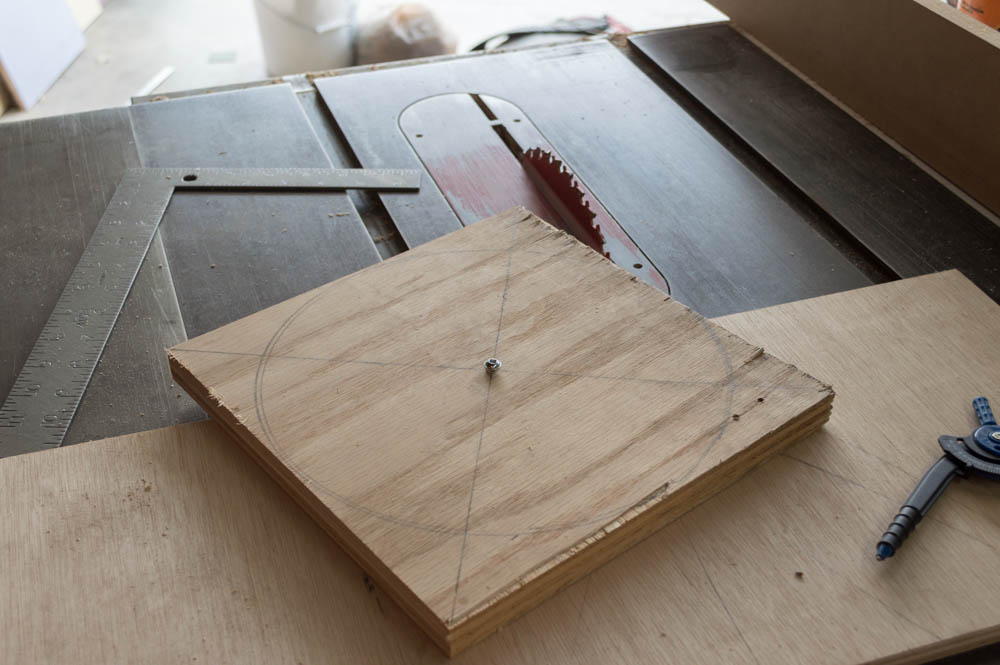 The system essentially works by taking the suction of the shop vac and forcing the particles into a bottom of a bucket via centripetal motion. The dust spins in a downward spiral towards the bottom of the bucket and can’t reach the actual filter. This is necessary to prevent the dust from jamming the filter and weakening the suction power. For the bucket, I had to build a support gasket so that the suction won’t deform the bucket lid. This circle jig allowed me to turn a square piece of plywood into a circle by loping off corners at the rate of the how fast I could feed the sled until infinity epsilon function derivative etc etc calculus but not really. 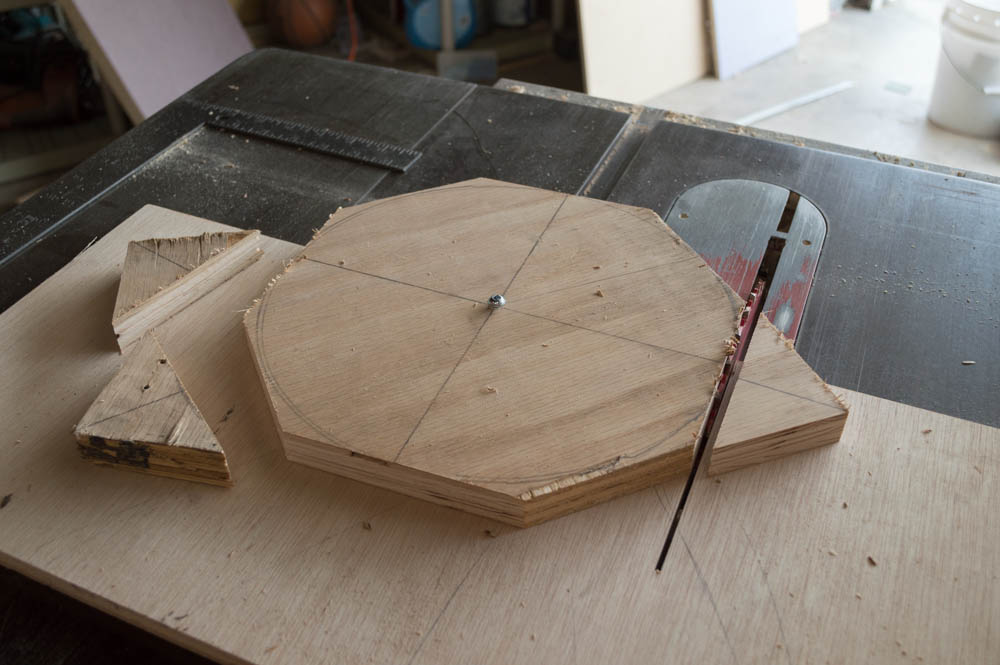 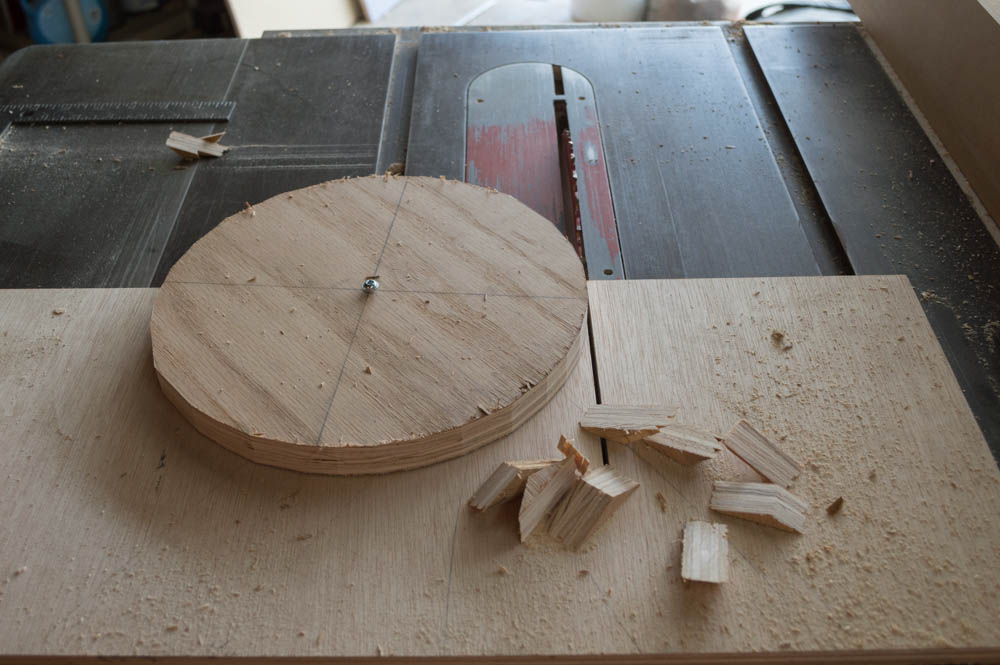 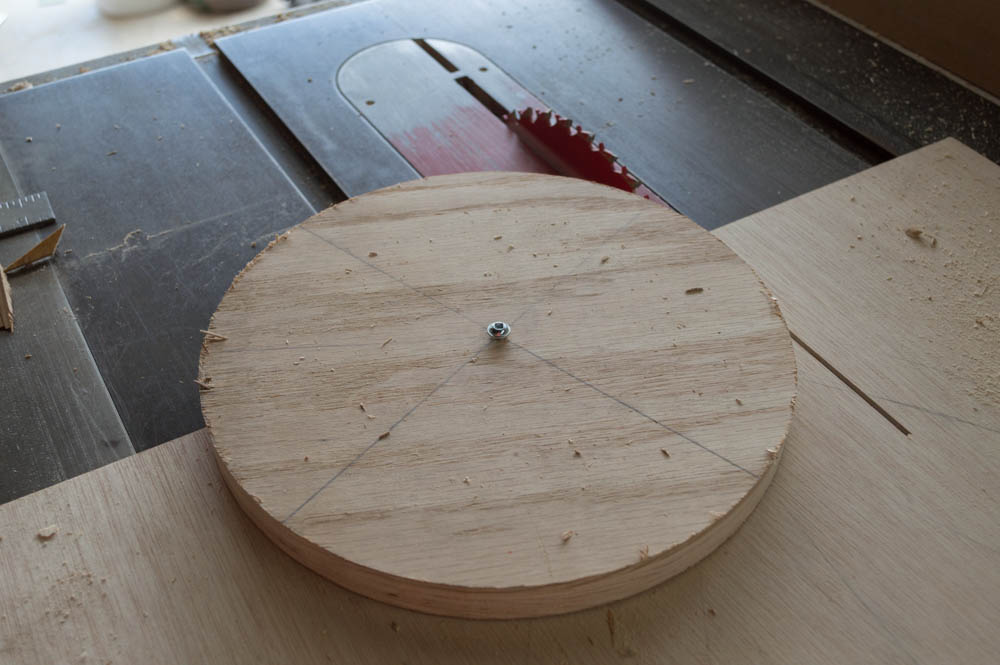 Then drilled some holes for airflow and bolts

Silicone sealant for an airtight fit 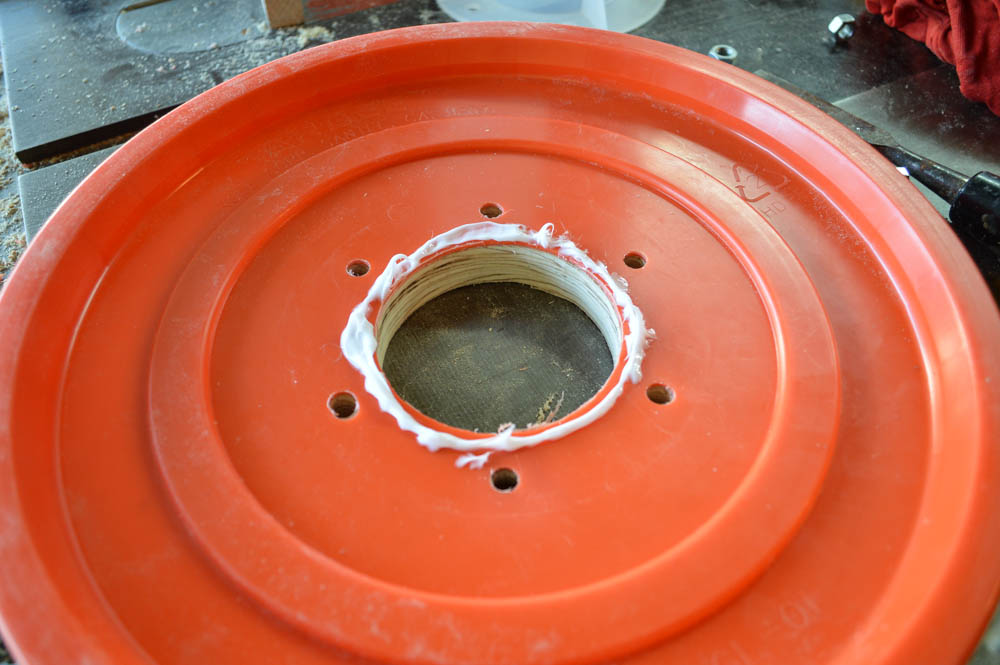 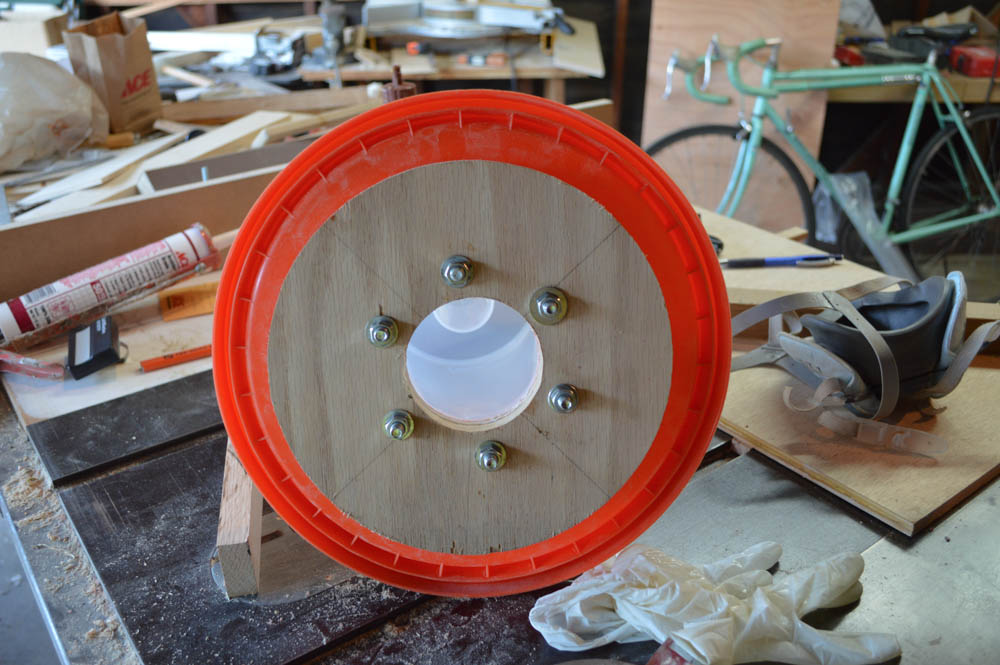 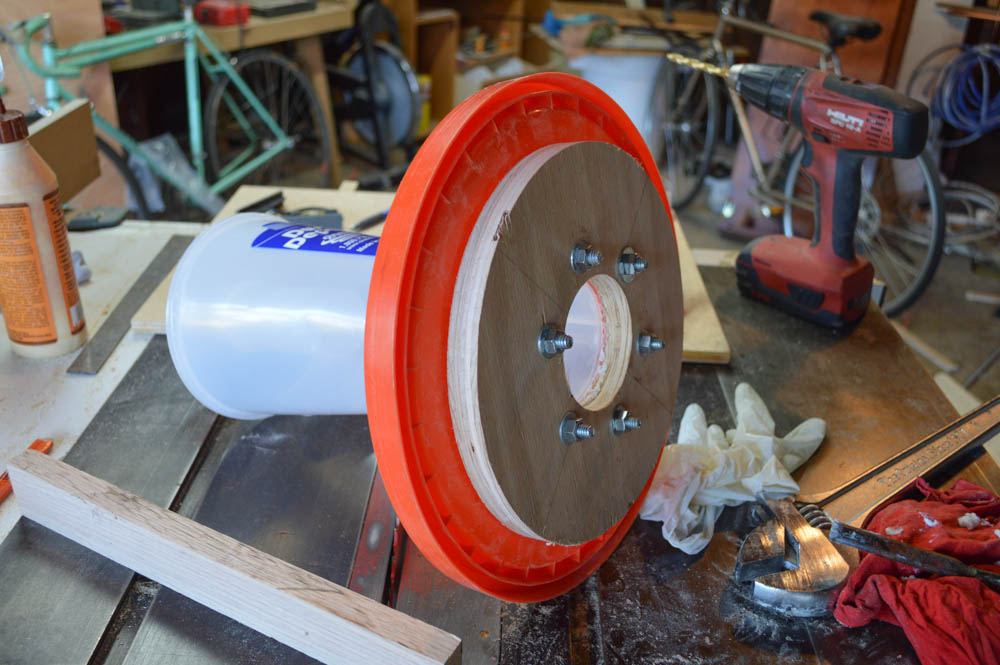 And that’s practically the bulk of it! Not a difficult build at all. 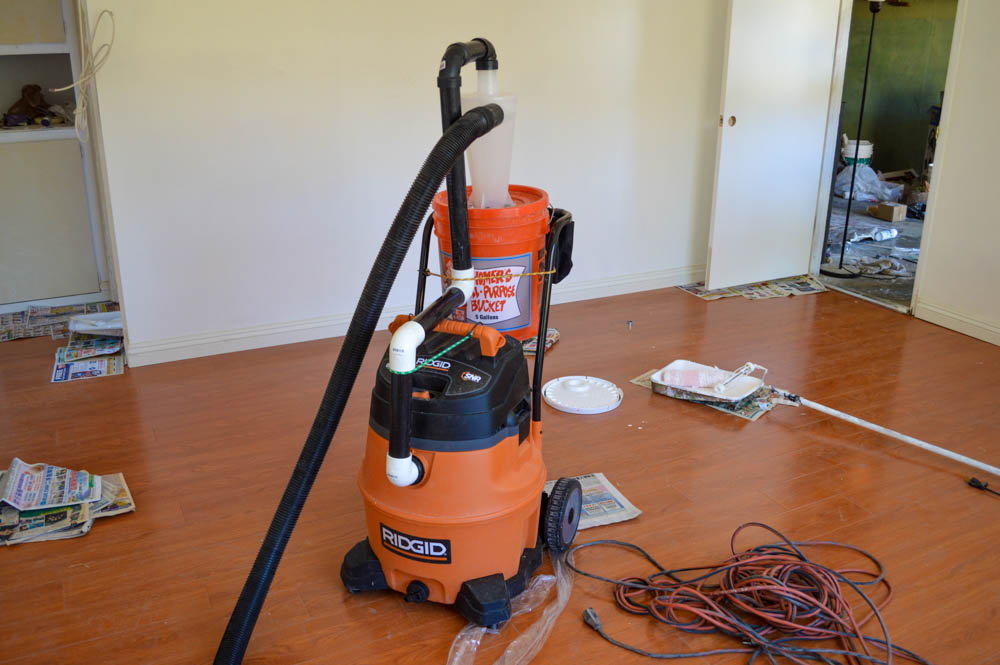 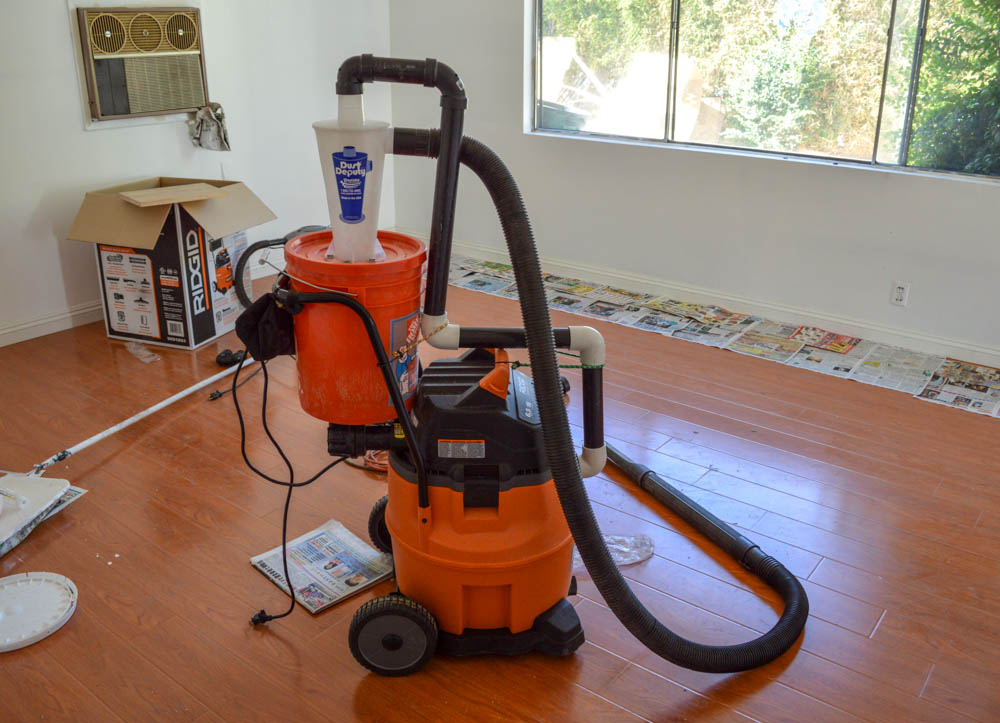 The bucket rests on the exhaust port of the vacuum, so that the system can be easily hauled around by the built in cart. I used 2 inch PVC pipe to connect the suction to the cyclone as I did not have an extra hose. The pipes are sturdy enough so that nothing collapses unto itself, which I suspect would happen if I put the hose under suction at a sharp angle. Bungee cords hold the bucket in place and allows for adjustments. 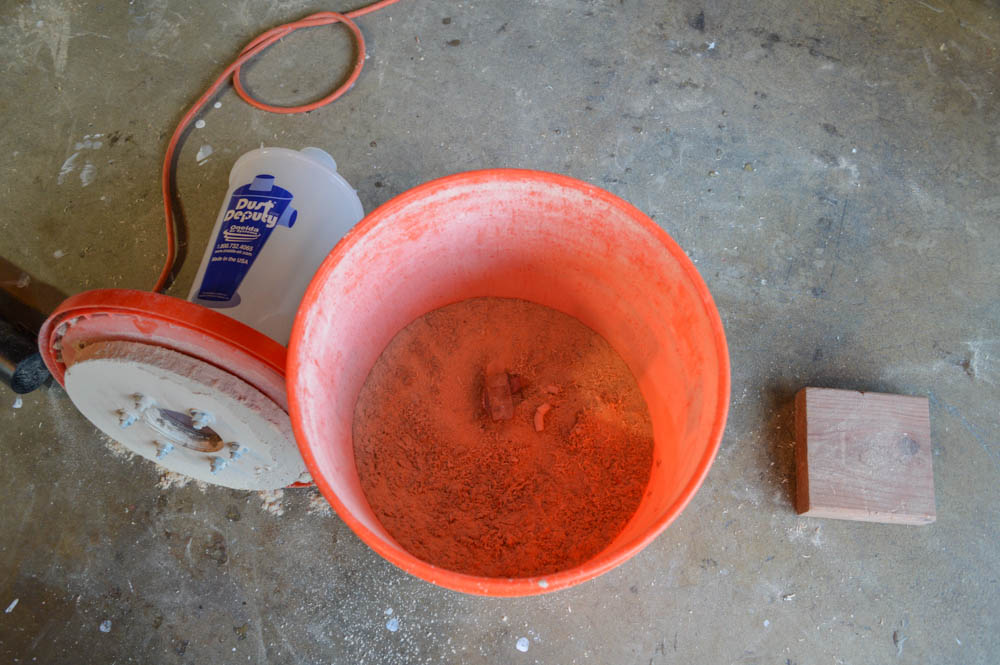 This cyclone system works great at separating the dust. Only the very fine particles go to the filter. The is a small problem with the materials spinning at the top of the cyclone. Apparently my seal around the gasket or the bucket lid isn’t airtight so heavy or baggy items don’t reach the bottom. I often have to turn the power off, let the piece fall, and resume dusting. Occasionally, baggy items (like bags) reach the filter basin because the large surface area is enough for it to get sucked through the top port. It’s really not that big of a deal.